We create collaborative murals with members of the community

It has been my great fortune to have been nurtured as an artist since childhood. I owe to my grandmother, Judith Deim, a familiarity with paint, studio and travel. I currently reside and maintain a private studio in Los Angeles, making yearly painting trips to Mexico. My oil paintings are in galleries and collections in California, New York, Mexico and the Pacific Northwest. I have also created more than 20 permanent public mural installations in Southern California, the Bay Area and Mexico.

I began formal training as an oil painter with Karl Benjamin at Pomona College in Claremont, California, before moving to New York City where I attended the Art Students League. In 1995 I arrived in San Francisco and found a mentor in Glen Moriwaki, a well-known artist who introduced me to the techniques and theories of the Bay Area Figurative Movement. With a deeper understanding of the human form I found more freedom to work with otherworldly themes and produced several large bodies of work.

It was at this point that I began teaching art and working in community. The bulk of my experience as an arts educator took place in San Francisco, where I was the Director of the Arts Program at the Creative Arts Charter School until 2011. At Creative Arts – as well as at nearby schools Harvey Milk, Rosa Parks and Grattan – I created murals and installations with my students and developed enduring fine arts programs. I have been awarded numerous grants to fund these programs and projects, most notably a California Arts Council Individual Artist grant for 3 year-long collaborative projects including a 15′ windmill installed in San Francisco’s City Hall.

As subjects or inspiration, children have always played a key role in my artistic life- their originality and creative spirit are infectious and working with them is a constant reminder that exploration is necessary for growth in art. 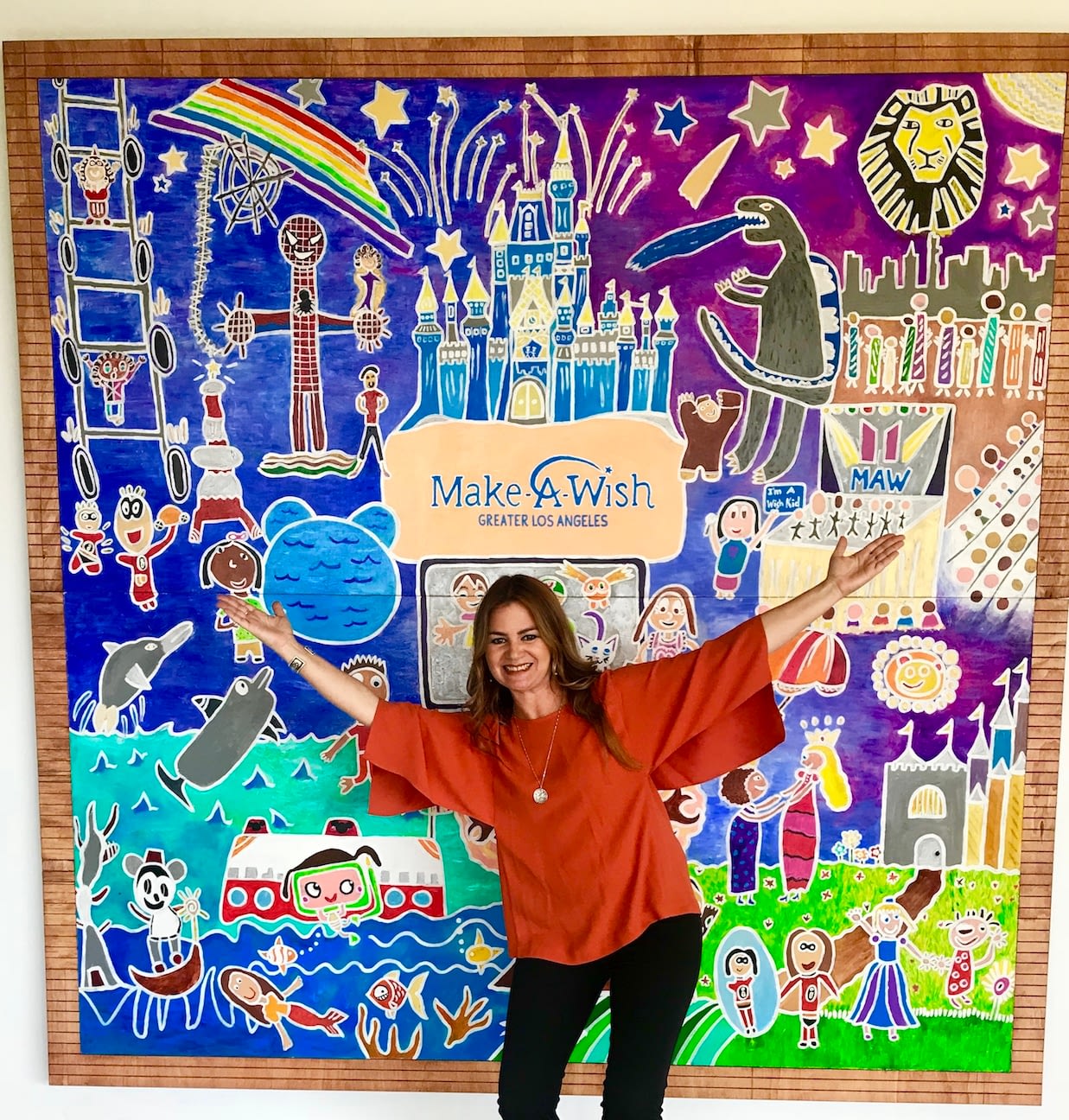 This 8' X 8' mural resides permanently at the Make-A-Wish Greater Los Angeles headquarters. It was created by 21 Wish kids and their families, comprised of imagery from their individual Wish experiences.

We Grow Together: Hawthorne, CA

I am Jesse Owens

I painted this mural in collaboration with 25 orphans, boys ages 5-16 at the Casa Hogar Tata Vasco in Patzcuaro, Mexico in 2007.  The imagery was inspired by a local legend about how the white egrets [...]

This 28 foot mural was created by K-5 students at the Harvey Milk Civil Rights Academy Elementary School in San Francisco in 2001.  This project was the culmination of a 9 month residency funded by [...]